PW, as it is familiarly known in the publishing world, is a weekly news magazine focused on international book publishing.  The publication is targeted at publishers, booksellers, librarians, literary agents, authors, and the media.  It offers articles and news on all areas of the book business; although, it is best known for its pre-publication book reviews.  Each February and July, PW publishes a list of adult books in 15 different categories, filled with big-name authors, auspicious debuts, works that will finally break out their authors, and, of course, plenty of gems from small and independent publishers. 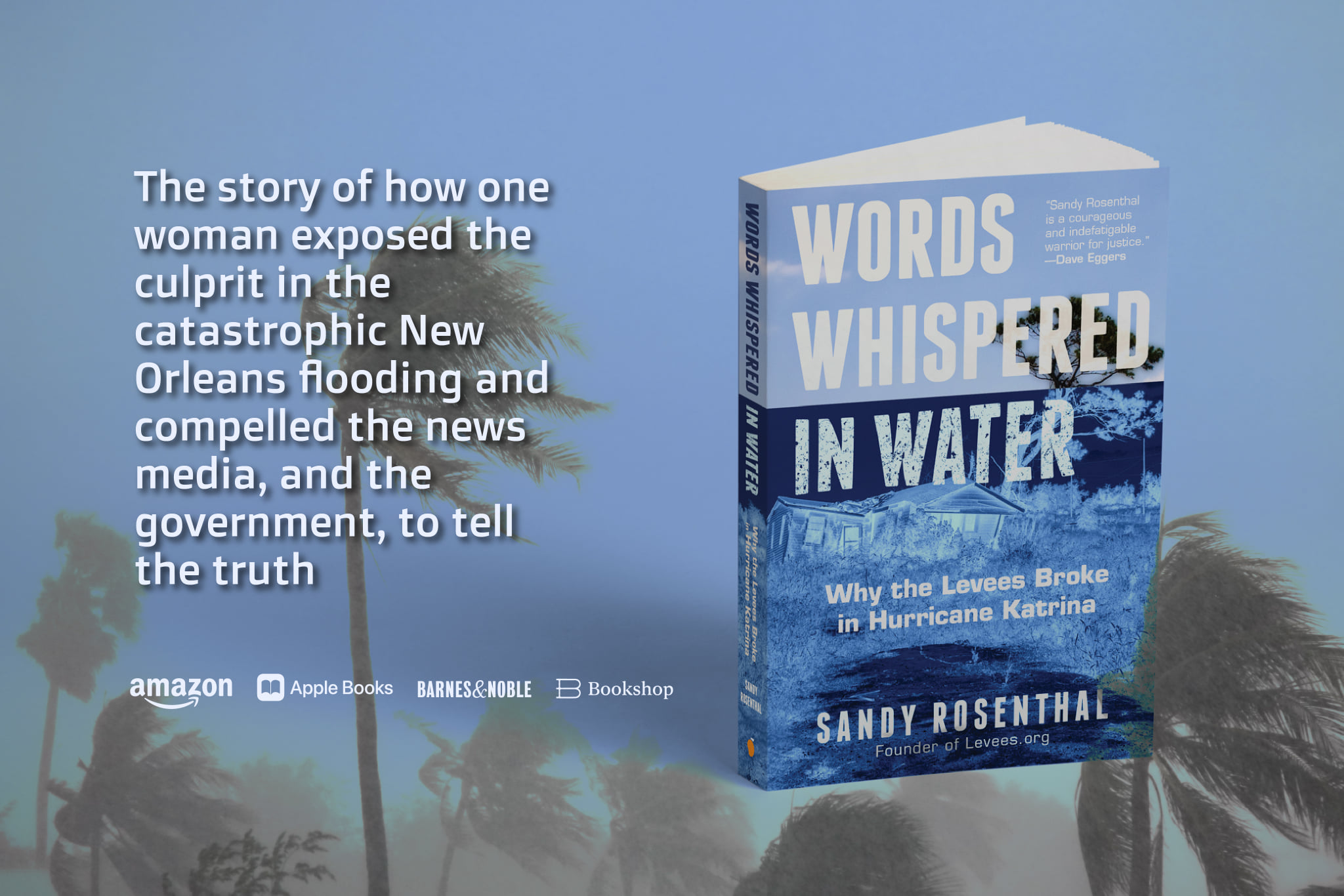 Sandy Rosenthal’s upcoming book, Words Whispered in Water: Why the Levees Broke in Hurricane Katrina, documents Sandy’s battle to hold the Army Corp of Engineers to account for the flooding of New Orleans during Hurricane Katrina.  Rosenthal founded the influential non-profit Levees.org with 25,000 supporters and chapters in five states.  Her book covers how she, and her group, changed the national narrative about the Hurricane Katrina levee breach event in New Orleans in 2005 from natural disaster to federal civil engineering failure.  She will also be the feature of an upcoming video interview by the Louisiana Center for Women in Government and Business, that will be published on our website, louisianawomen.org, and all of our social media accounts next month, August 2020.

There are no upcoming events.