Deprecated: Function get_magic_quotes_gpc() is deprecated in /home/lbadeaux/public_html/site/wp-includes/load.php on line 760
 Brandie Toups | Louisiana Center for Women in Government and Business 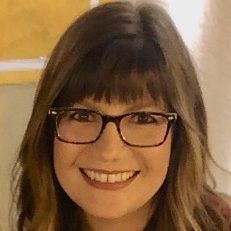 Brandie Toups is the Business Manager for Houma Family Dental.  She serves as chief officer for practice management related to policy, public relations and profit.  She is also the Development Coordinator for St. Thomas Aquinas Catholic Church in Thibodaux, La. Brandie also has assisted with many programs for The Center.  Currently she serves as the Chair for the Louisiana Girls Leadership Academy.  Previously she served as Director for the Donald G. Bollinger Memorial Student Union at Nicholls State University.

Mrs. Toups graduated from Nicholls State University with a Bachelor of Science in Management in 1995 and a Masters in Higher Education in 2017. With employment beginning at Nicholls in 1996, Brandie recently retired from the university after 23 years of service to the state. In 2003, she received the Presidential Award for Professional Staff.  Her university experience includes: oversight duties for the university Post Office, Reservations Office and Student Union. In addition, Brandie has assisted private and public agencies with event planning, budgeting, marketing, coordination, execution and evaluation.

Previously, Mrs. Toups served as the Director of Continuing Education where she was responsible for creating and recruiting educational programs that foster intellectual and personal development. She also served as the Associate Director for the Admissions Office at Nicholls State University in which she managed daily recruiting efforts as well as the Orientation Team. She has also worked as the Assistant Director of Financial Aid. During this time, she was the primary liaison for student employment. During this time she proceeded student employee payrolls and controlled the budgeting.

Brandie believes that giving back to her community is one of the most rewarding aspects of her life. Since 2009, she has served the parish of at St. Thomas Aquinas. She currently is Pastoral Council President for St Thomas Aquinas and the Development Coordinator. Recently she led the charge of raising over $250,000 to the build a perpetual adoration on the beautiful Nicholls campus.  Brandie also has volunteered as an advisor for the collegiate Phi Mu chapter since 1992.

Mrs. Toups graduated from Leadership Lafourche in 2009. Over her professional career, Mrs. Toups has received several honors and awards: including the Grantsmanship Top 10 at Nicholls State University in 2009, 2010 and 2012. In addition, she has received the Quality Achievement Award from the Division of Student Affairs in 2007. Her most coveted recognition is the Outstanding Alumni Award for Kappa Eta Chapter of Phi Mu fraternity. In 2015, Mrs. Toups was inducted into the Louisiana Center for Women in Government and Business Hall of Fame.